Fantastic full sound, so you won't miss any instruments. 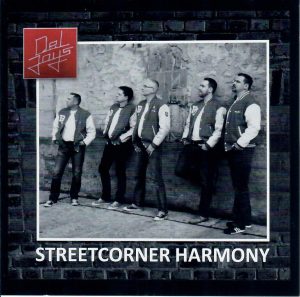 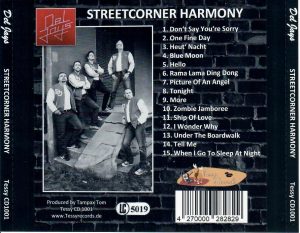 was planned as an 45 exclusive for the Remembers Rock'n'Roll Club to celebrate 31 years with 2 new self penned songs from the Cadcatz (sure they decided it, while celebrating 30 years together).

After all was said and done the Club found out, that most members don't have a record player anymore and prefered a CD Single.

As I hate 2 track CD singles, I persuaded the band to look in their archives for some unreleased tracks and they found 3 great Live recordings from the 90s that was never planned to issue.  So here you have the chance to hear them live on CD for the very first time!

If you're not familiar with the band, they started as Cadcatz Sun Quartett and played at the big munich festival at Theatherfabrik in 1986, having a self released EP in 1989 with 2 tracks also re-released on the great Rockhouse Neo Rockabillly Story series (LP/CD) before signed to Tessy Records. Also had later releases on Part and Cherokee records. 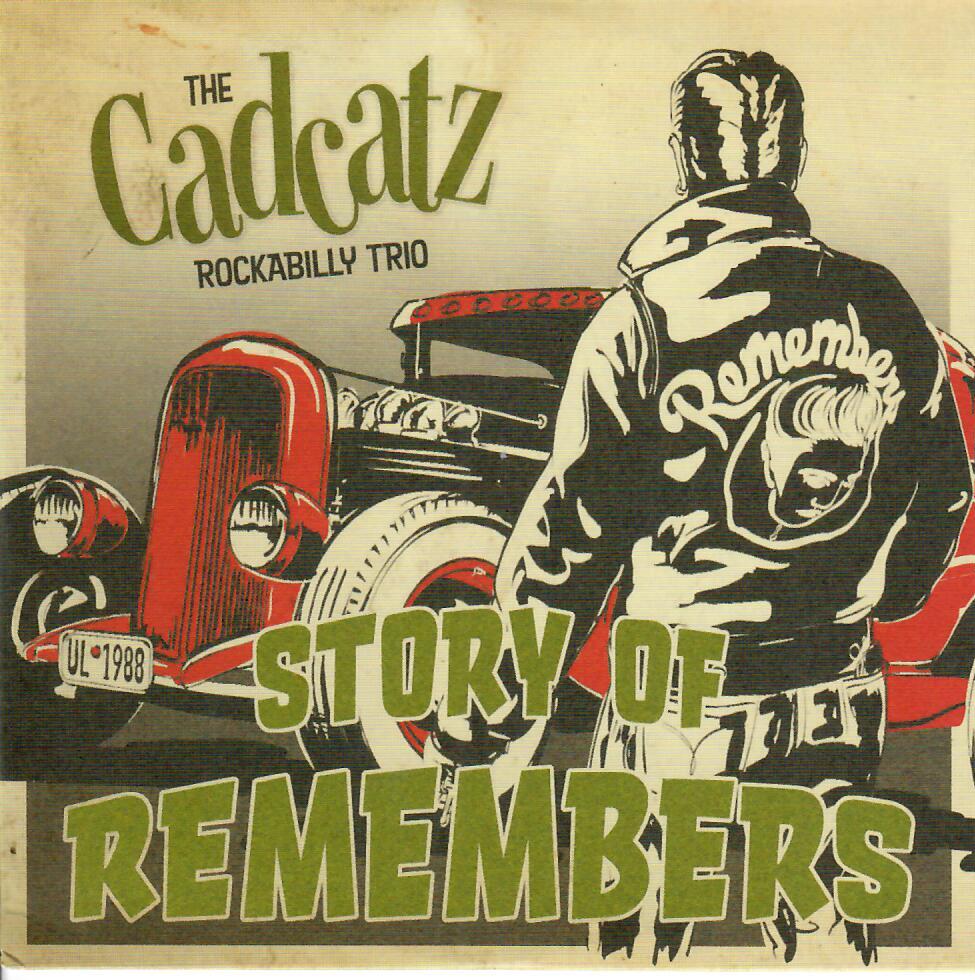 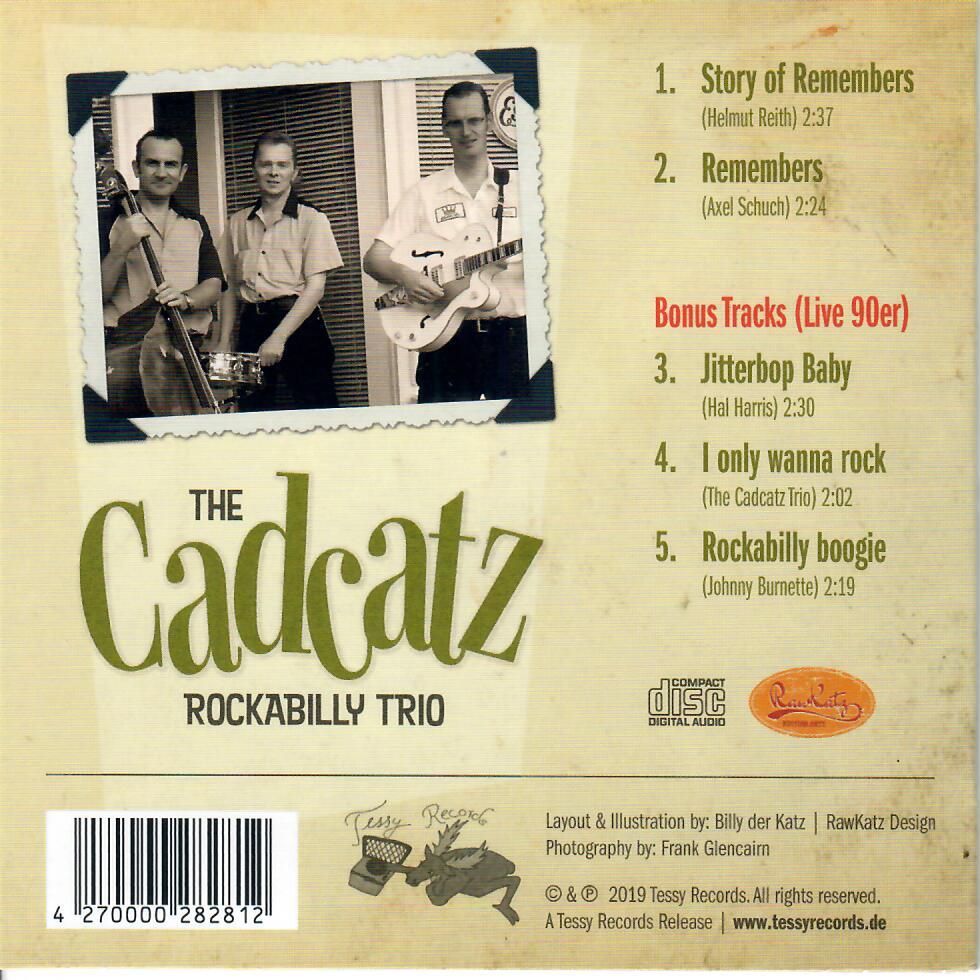 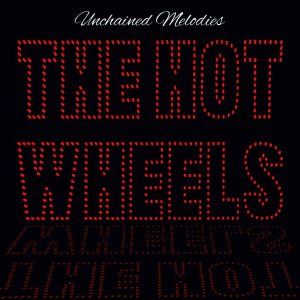 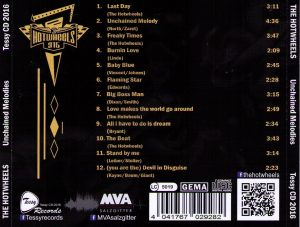 * Tessy CD2015 Nelson Carrera and the Scoundrels: Partners in Crime

12 self penned, authentic Rockabilly from france. 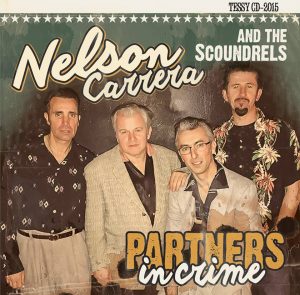 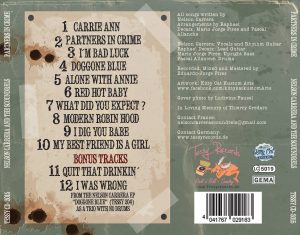 15 "Chickabilly" from Berlin.  11 self penned. In the 80's you would have called it "female fronted Neo Rockabilly". Comes with a lovely 12 page booklet include all self penned song lyrics. 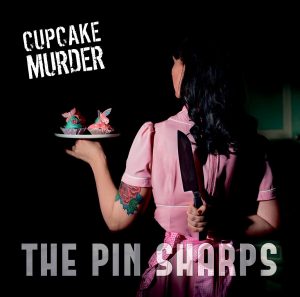 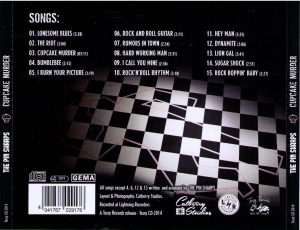 * Tessy CD2013/RBR 5796 Chris Almoada: On the great river Road (17 Rockabilly,  R’n’R, Hillbilly Rock & Texas swing with stories from the states besides the great river, since many years on french scene) 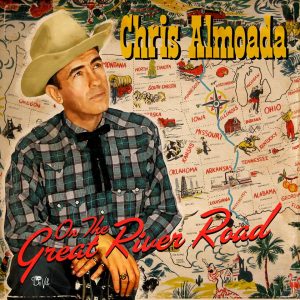 * Tessy CD2012/RBR 5773 Nelson Carrera: Love is a Trap (15 great Rockabilly, some recorded in Portugal, some by Steve Rydell; since many years on french scene) 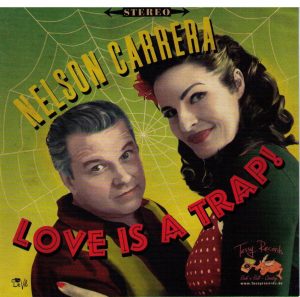 Feat. their Rockabilly “Dance Hall” hit “Your Baby tonight” from 1989, as well as brand new recordings, including for the first time 2 songs in german language 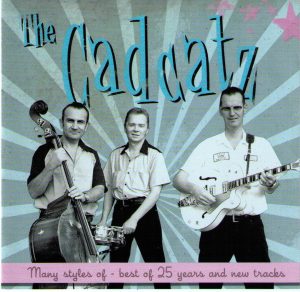 18 Tracks, some self penned, from Rockabilly to Rock'n'Roll and Country Boogie

Tessy CD 2007 Phil Trigwell & the Deputies: It wasn't the moonlight 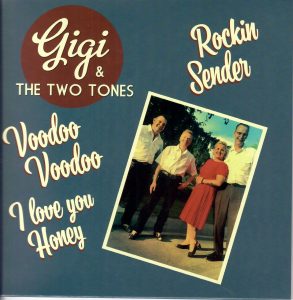 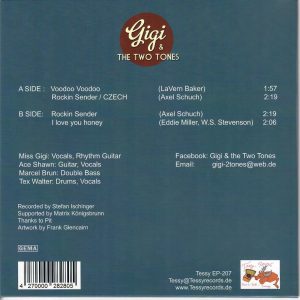 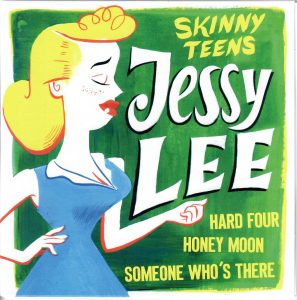 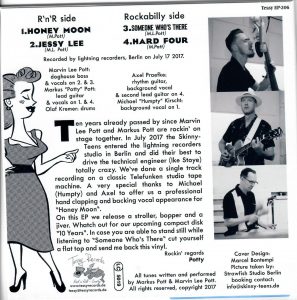 2 Rockabilly + 1 Rock'n'Roll/ Stroller with vocal backing and a midtempo Jiver (only few left, already re-bought some from the band) 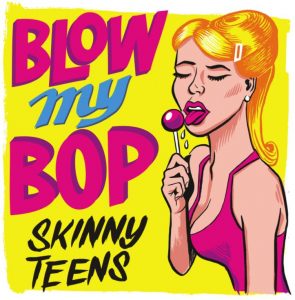 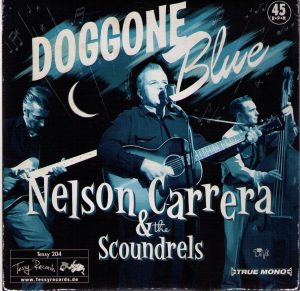 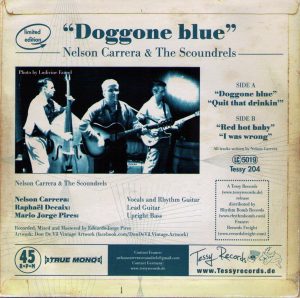 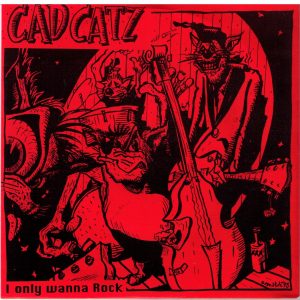 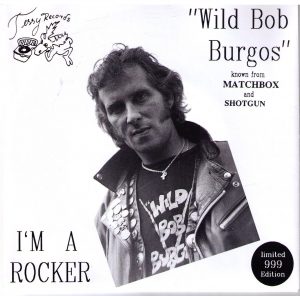 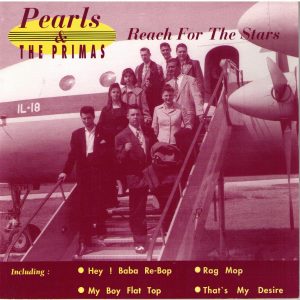 10 self penned, authentic Rockabilly from france. Limited not numbered 525 copies 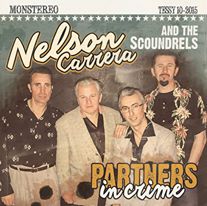 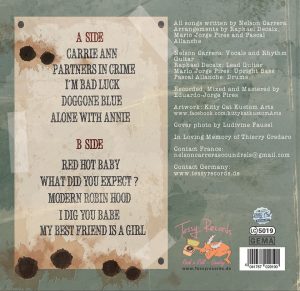 Tessy 33-2008 Cadcatz 10” LP Nighttrain to Memphis (only 72 copies exist because all other went back to the pressing plant (awful pressing with bubbles), but Adrenalin Records never came up with the promised re-pressing  (have 2 copies in collection, open for bids)

Tessy 33-2007 Phil Trigwell & Deputies: It wasn't the moonlight (very last copies, no more trades;  16 self penned authentic Rockabilly / R'n'R Tracks -- Continental Restyling (Nr. 28) review: Phil Trigwell's first LP was great, but his latest one is just OUT OF THIS WORLD" 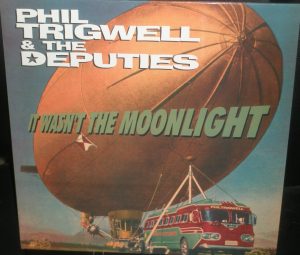 Tessy 33-2005 Rockin’ Roosters: Bop with the (First band from “Cherry Casino” Axel Praefke; (only 52 copies exist, all other had bubbles and went back to the pressing plant, but Adrenalin Records never came up with the promised re-pressing (reissued on Part records - sold out) 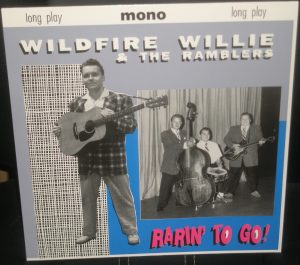 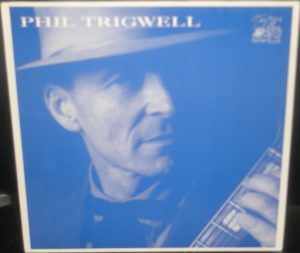 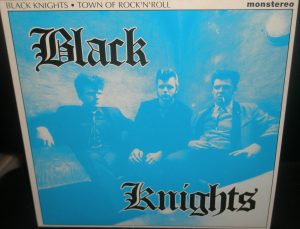 (others sold out or only few copys left)